The Golden Hawks took advantage of redzone opportunities and got stops when they needed them in a 23-20 win over Sigourney-Keota on Friday.

“We made plays when we had to,” Mid-Prairie coach Pete Cavanagh said. “It was a gut check. And I'm happy, because the last couple of years, we may not have responded in these situations — and we did tonight.”

The Golden Hawks took advantage of redzone opportunities and got stops when they needed them in a 23-20 win over Sigourney-Keota on Friday.

Isaac Bruns cut the Mid-Prairie lead to three points with a 65-yard touchdown run late in the third quarter, but the Cobras had just one play of over four yards in the final quarter.

“We made plays when we had to,” Mid-Prairie coach Pete Cavanagh said. “It was a gut check. And I'm happy, because the last couple of years, we may not have responded in these situations — and we did tonight.”

Golden Hawk senior Shawn Dodds had a tackle for loss on 3rd-and-6 to put the Cobras into a passing situation for their final play, resulting in an incomplete pass.  A 24-yard carry by Bruns had moved the ball across midfield for the third-down play from the Mid-Prairie 35.

“I knew we were down and we had to get going,” Dodds said. “That’s the only way to work at it, and I just had to take it into my own hands.”

The Cobras’ previous drive was ended by Cobi Hershberger’s third-down interception following a big tackle for a seven-yard loss by Lukin Rediger.

“With their offense, you’ve got to try to win first down,” Cavanagh explained. “You’ve got to get in the backfield and disrupt things. If they get off schedule with their downs, then you can get a little bit more aggressive.”

Braden Hartley rushed for 219 yards and a touchdown, while two of Collin Miller’s three completed passes went for touchdowns in the win.

Mid-Prairie started its second possession back at its own 13-yard line, trailing 6-0 when Hartley and the offensive line went to work.

Five straight handoffs to Hartley resulted in 87 yards and a touchdown. After Cain Brown’s extra point, the Golden Hawks would not trail again.

The drive’s big play came on first down from the 29-yard line. Hartley hit the hole opened up by senior Kaden Meader at right tackle and Rediger at fullback, brushed off a tackle attempt from the Cobra safety and sprinted 63 yards up the sideline.

“Just guttin’ it out,” said Meader about the drive. “Our o-line has a lot of returning guys from last year and we’ve worked really hard in practice. I think that our chemistry really helps us gut out a lot of plays like that.”

Hartley took it into the endzone from the 8-yard line on the next play.

The Mid-Prairie offense reached the redzone again in the final minute of the half. A couple of one-yard runs put the ball at the 3-yard line for a critical fourth down play.

Miller rolled to the right and found tight end Grady Gingerich in the endzone to put Mid-Prairie up 14-6 going into the half.

Miller’s next completion was a 79-yard touchdown to Cain Brown, who was wide open down the sideline. Brown started in the slot and faked a short out before turning upfield, leaving the defensive back in the dust. Miller threw under pressure from his own 13. Brown caught it at the 41-yard line without breaking stride and easily won the race to the end zone.

“We have faith in Collin to do that,” Cavanagh said. “We’ve got some guys on the outside that can make plays.  We're going to have to work play action in, and we're going to have to be able to throw the football to be balanced and be successful. We just needed that. And it was on crucial third and fourth down so it was great.”

“He’s great,” Cavanagh said about Rediger. “Even on offense. I'm sure a lot of people don't even know — the people that don't know football — he was our fullback and he was in there, hammering all night and just and then playing defense. And he's a first-year starter in his second varsity game. So he was just great.”

Gingerich finished with 5.5 tackles. Hershberger had 3.5 including 1.5 for loss. Grady Miller had four tackles and Landon Sullivan made 3.5. The Golden Hawks blocked an extra point and stopped a 2-point run to open the season with five straight PATs denied, before S-K converted its final 2-point try.

In the second quarter, the Cobras were in a position to retake the lead after Mid-Prairie’s second fumble of the game. S-K took advantage of the first fumble with a two-play 15-yard touchdown drive. The second fumble came at midfield. The Cobras reached the 6-yard line before a couple of penalties pushed them back and Dylan Henry intercepted a pass in the end zone.

Mid-Prairie came back to win the turnover battle 3-2. Hartley’s third-quarter fumble recovery led to a 33-yard field goal for Brown, which extended the lead to 20-12.

“You think about it — we fumbled the kick return and they scored a couple plays later… It was 6-0 before you know it,” Cavanagh said. “And so for us.. We talked about it all week, how you respond to those situations. So I was proud of our guys, we knew that six points wasn't going to win the game. So we just needed to move forward and go to the next play.”

Mid-Prairie (2-0) will travel to Regina Catholic for its final non-district game. The Regals (1-1) were a 49-14 winner over West Liberty on Friday, bouncing back from a 31-0 loss to No. 2 Williamsburg in week one. 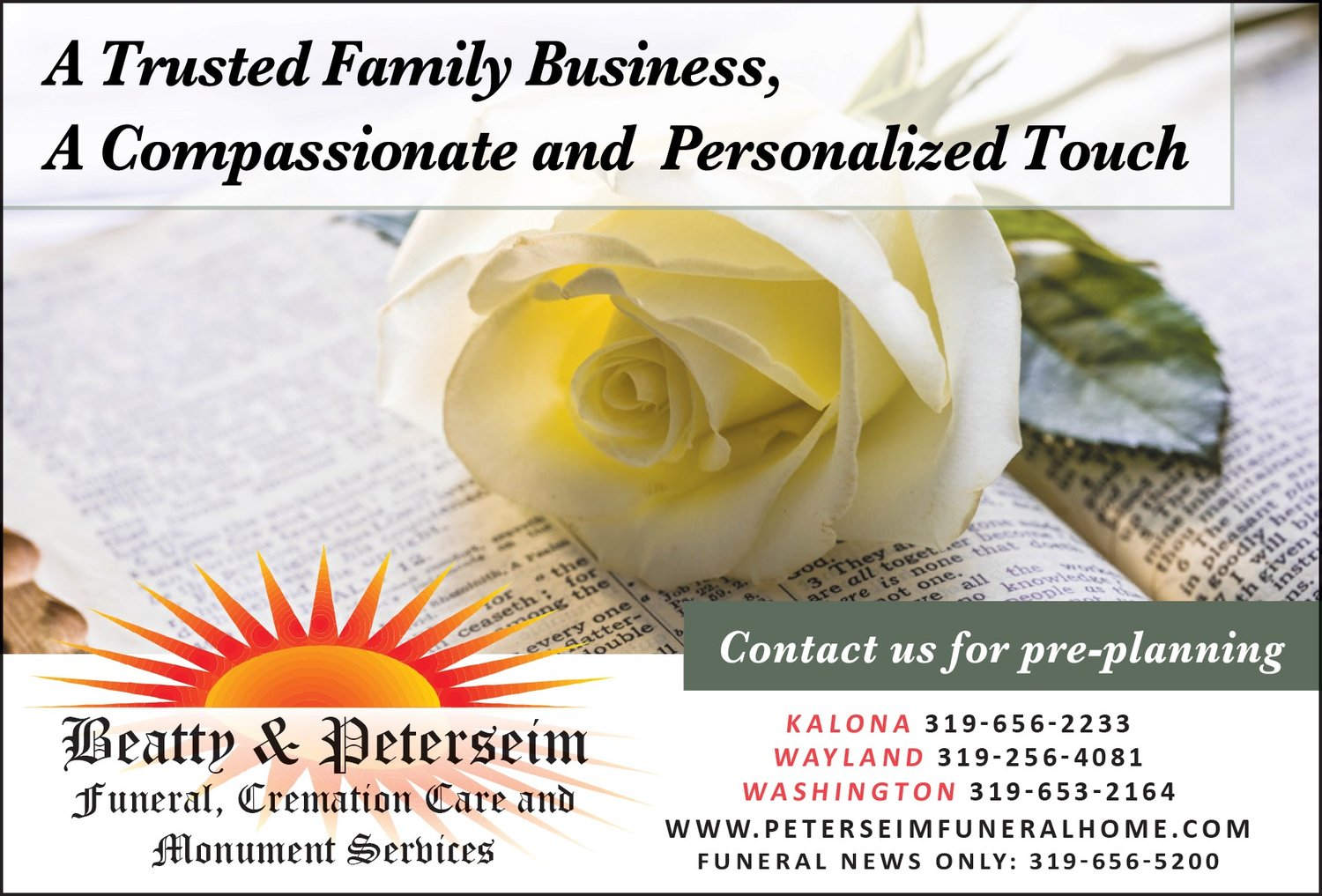 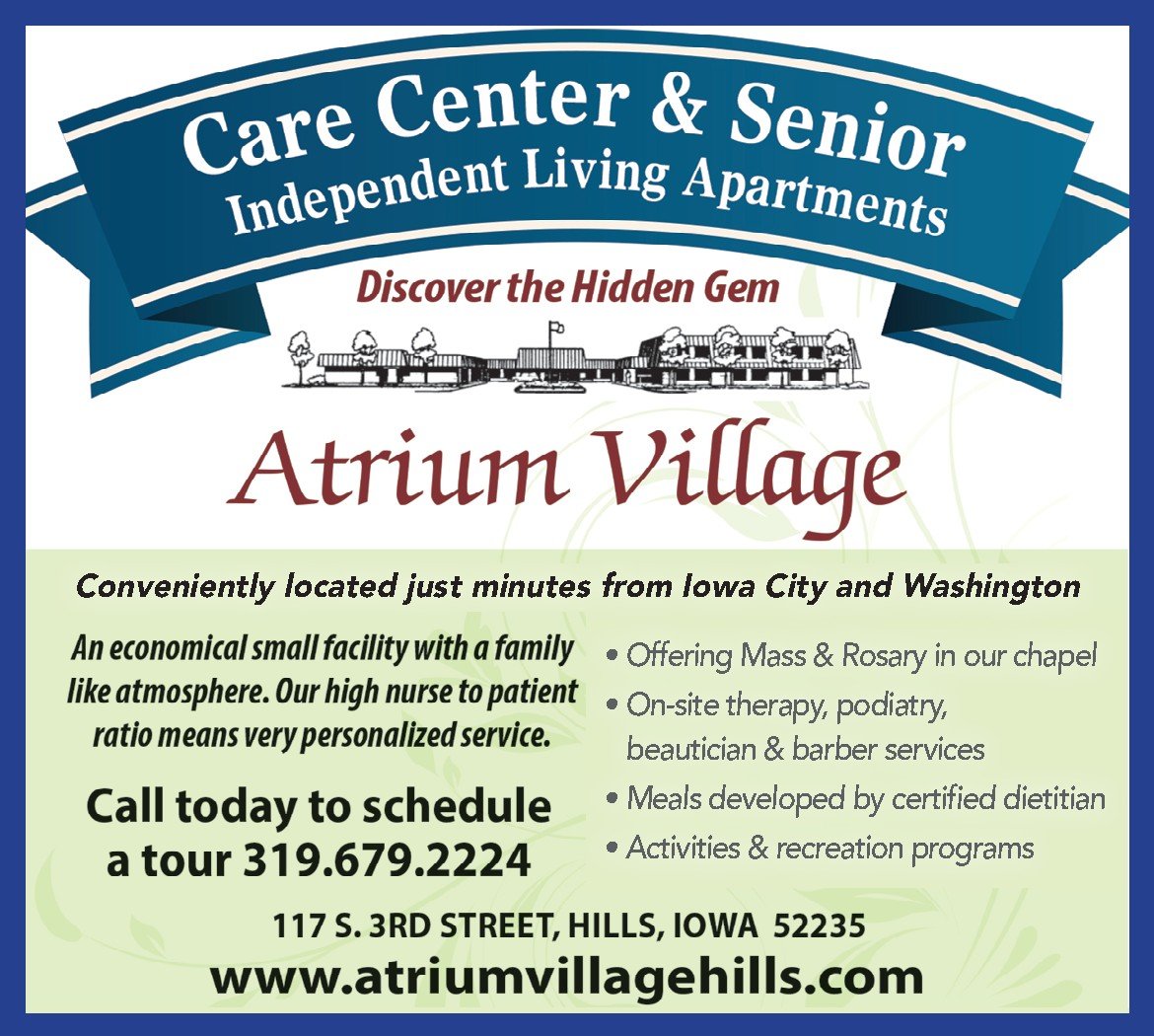 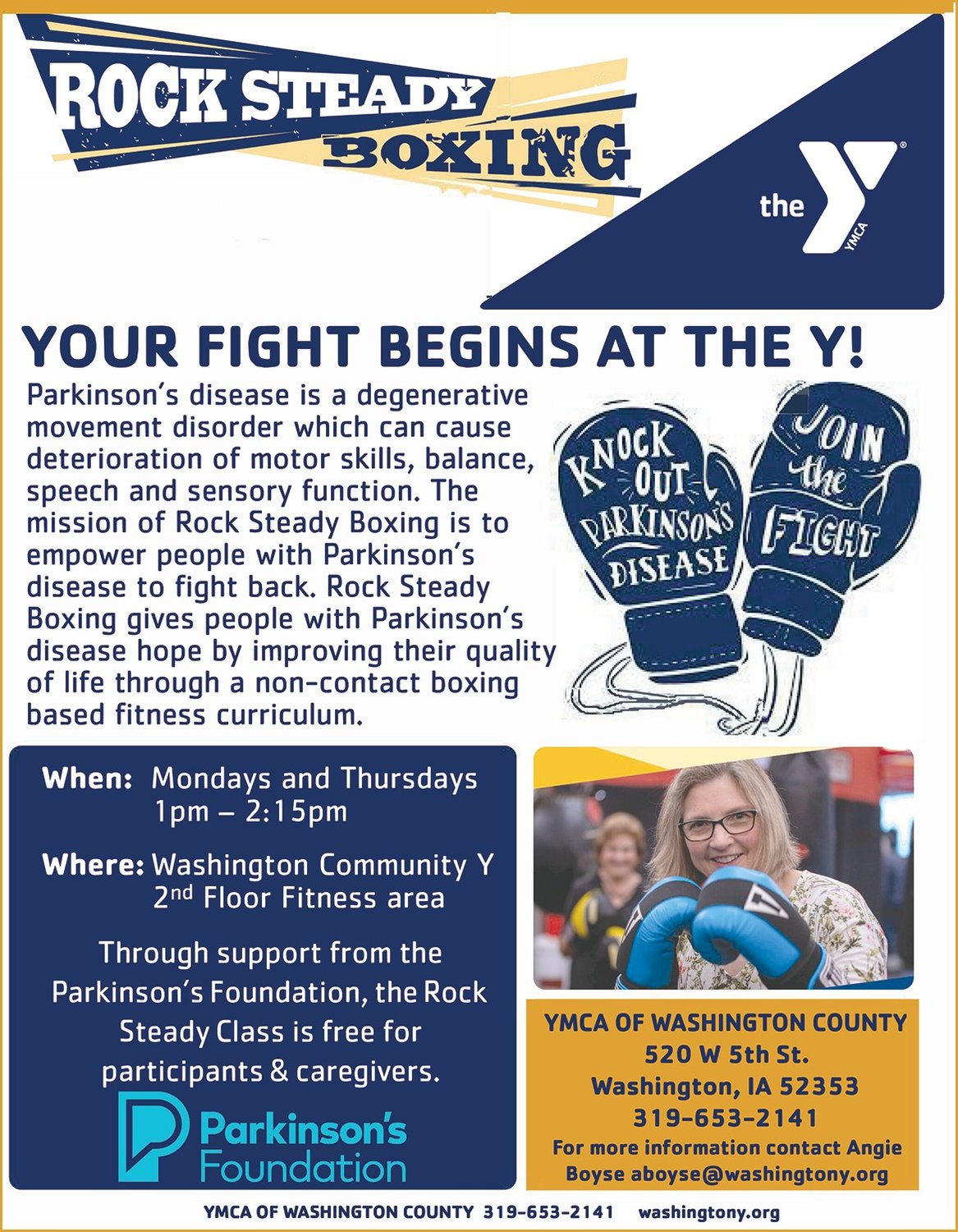 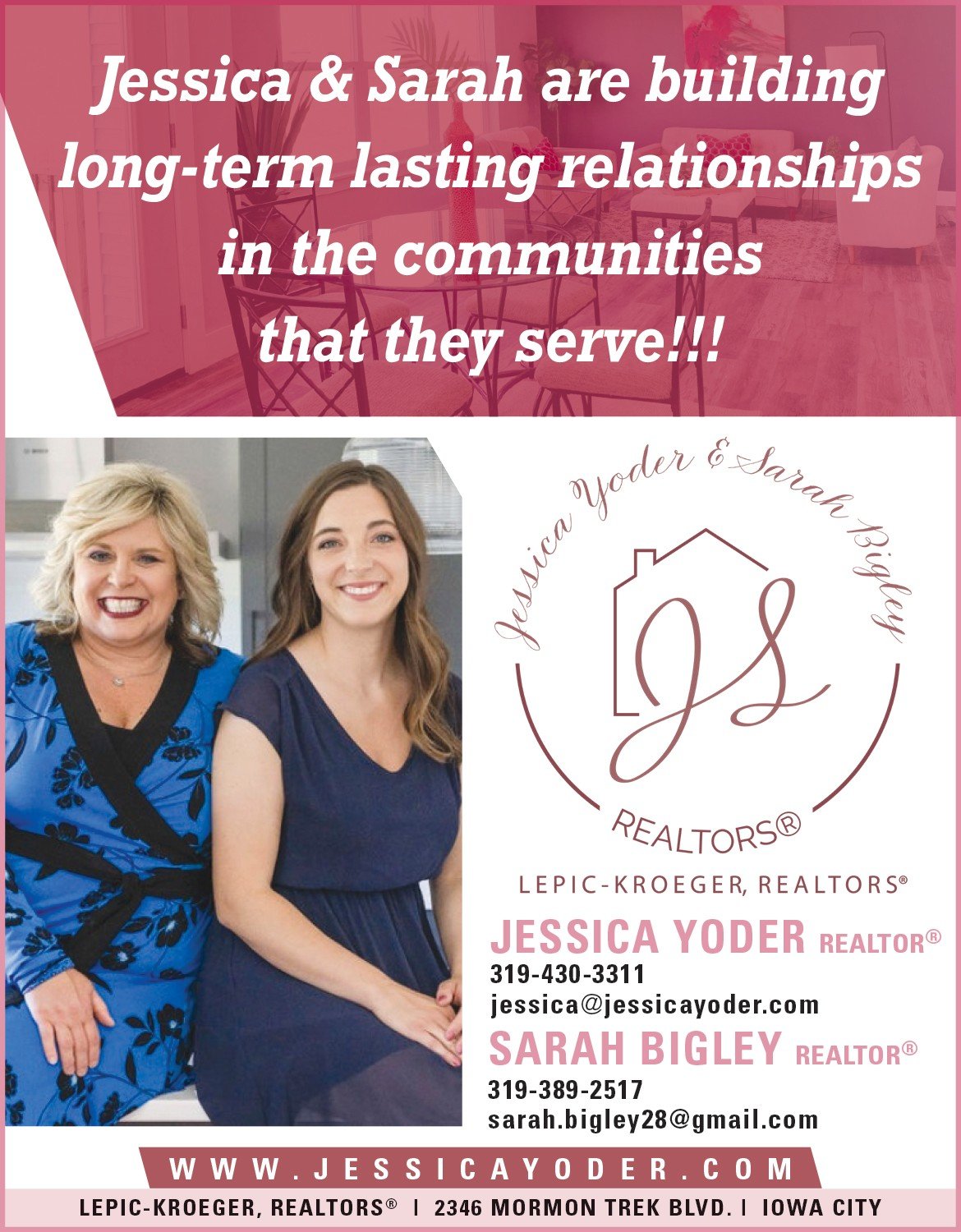 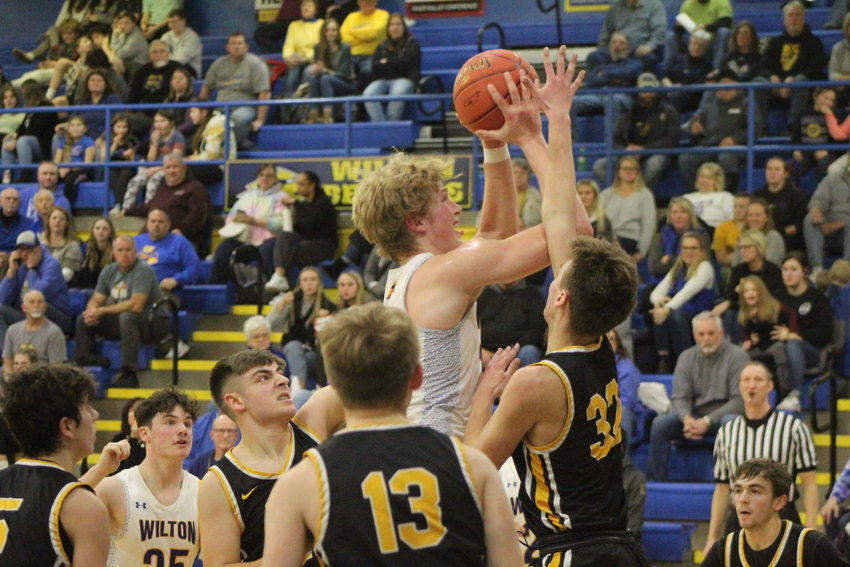 WILTON The Wilton Beavers of 2023 are what the Mid-Prairie Golden Hawks were in 2022. Wilton is unbeaten in River Valley Conference play this season and 6-foot-7 senior forward Caden Kirkman is … 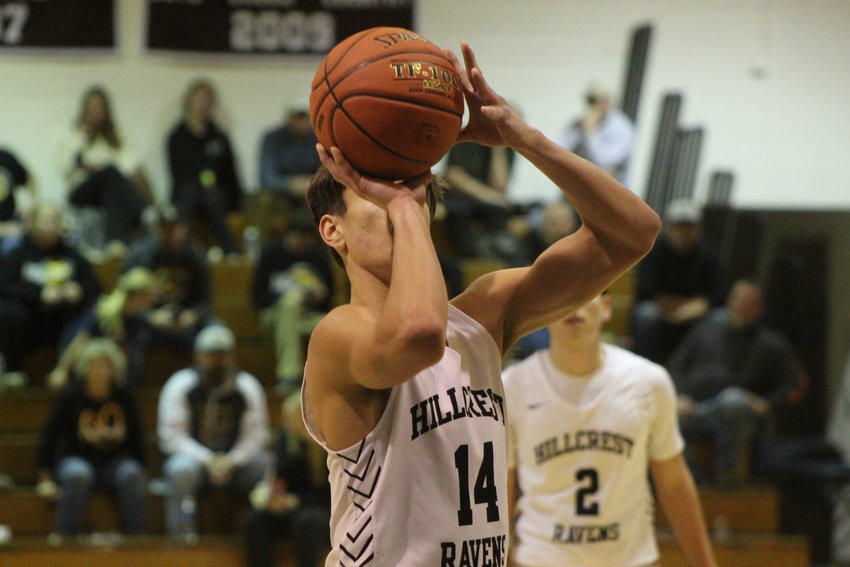 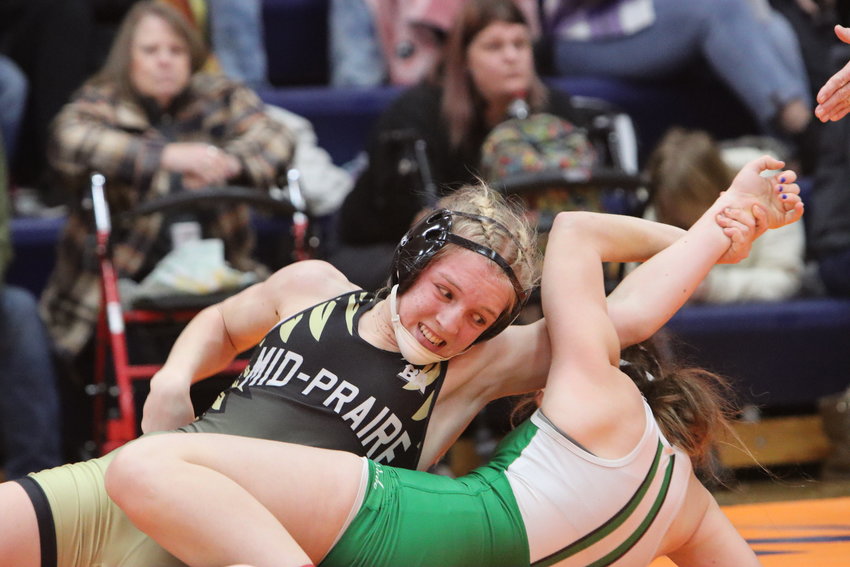 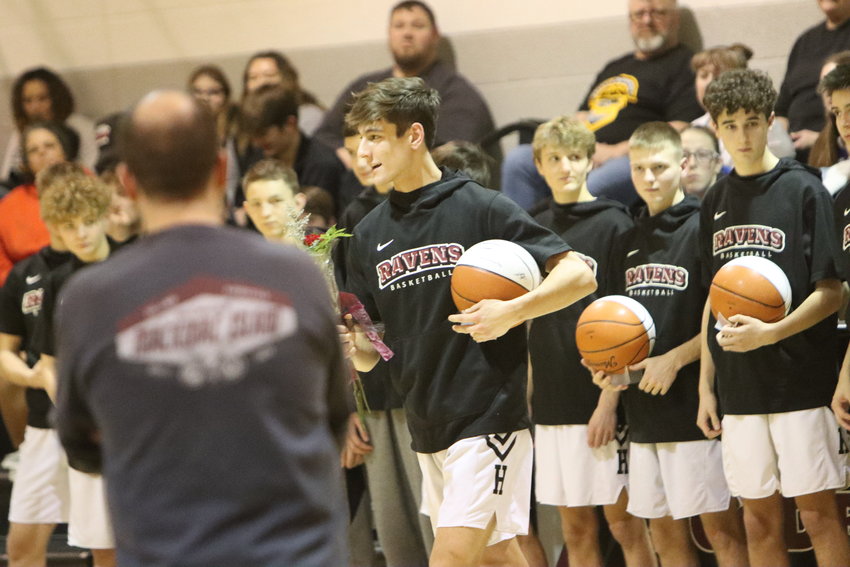 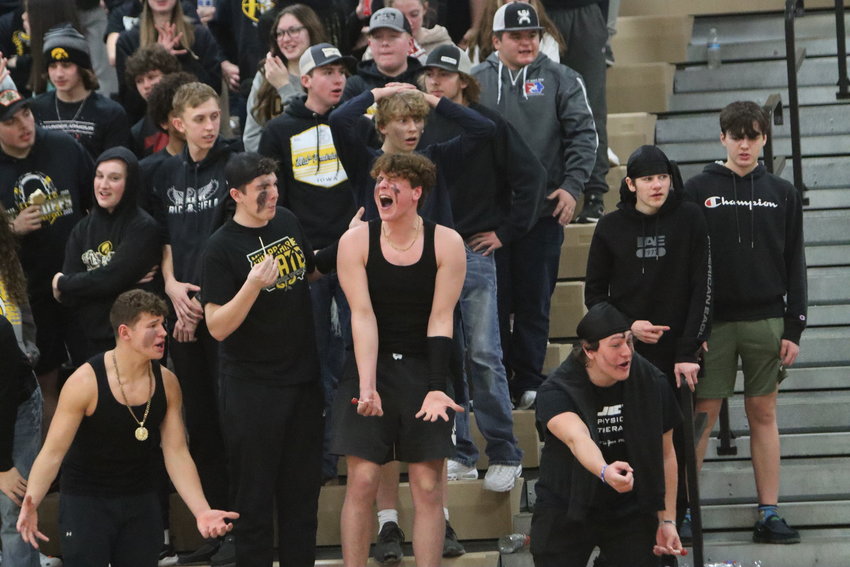